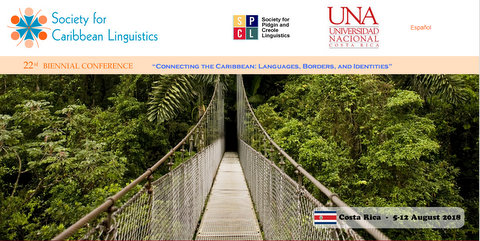 A direct historical connection between Curaçao and Brazil was established due to the resettlement of Sephardic Jews, their assistants, and their free and enslaved African servants from Dutch Brazil to the Caribbean after the Dutch were expelled by the Portuguese from the Northeast of Brazil. Portuguese-speaking Jews from Brazil began to arrive in Curaçao in 1659. This period coincides with the period between 1634 and 1677, considered crucial for the formation of Papiamentu (Jacobs, The Upper Guinea origins of Papiamentu Linguistic and historical evidence 353). Portuguese was one of the languages spoken by the Sephardi in Curaçao. From the beginning, the Jewish congregation in Curaçao even used Portuguese for their religious services; they only changed to Spanish in the nineteenth century (Holm, An Introduction to Pidgins and Creoles 78). The historical facts involving the dislocation of people from Pernambuco, Brazil to Curaçao naturally lead to the assumption of a possible influence of these Portuguese-speaking Sephardic Jews and their Afro-Brazilian servants in the formation of Papiamentu (PA). Although the current body of research in PA completely discards the hypothesis of a Brazilian origin of Papiamentu, as postulated in 1987 by Goodman (The Portuguese element in the American Creoles), the intention of this presentation is to show that there are effective links between these two areas and that there probably was some secondary degree of influence from Brazilian Portuguese during the formation process of PA. Even if they existed, it certainly would be difficult to prove that some of the PA features present in the deeper layers of the language could be specifically attributed to an influence from Brazilian Portuguese or the Portuguese spoken by the Sephardi, as it probably would be difficult to clearly set them apart from the features incorporated into PA that are also present in other Portuguese variants and in West African Portuguese-based creoles. However, specific lexical items that will be discussed in this presentation show that their transfer to PA may have happened because of the dislocation of Sephardic Jews and their servants from Brazil to Curaçao. Traces of at least one of those lexical items can also be found in French Guiana and in Suriname, the final destination for some of those expelled from Brazil or the temporary destination as place of passage for others that later headed to Curaçao. Some lexical items, including PA yaya ‘nanny, nursemaid’, bacoba ‘banana’ and fulabola ‘forefinger, index finger’, will be analysed to show that their presence in PA can probably be specifically attributed to the historical connection created between Brazil and Curaçao due to the forced migration of the Sephardic Jews and their servants.