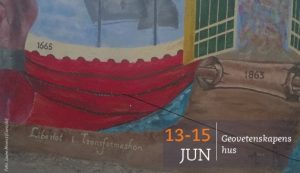 Translating the Presence of Portuguese in a Caribbean Creole. Why are there similarities between an Asian Portuguese Creole and Papiamentu?

Presentation at the Translating Creolization Symposium – May 27-29, 2015. The University of the West Indies, Cave Hill Campus, Barbados

Abstract
Papiamentu (PA) is a creole spoken as main language by the majority of the population in Aruba, Bonaire and Curaçao, and is official language in the first and in the latter. The origin of PA is controversial; a group of scholars attributes it to Spanish, due to its current lexical and phonetic similarities with Spanish, whereas another group sees linguistic genetic ties with Portuguese.

The aim of this presentation is to investigate the historical and linguistic links that might connect PA to Portuguese. Whereas historical links set the stage for eventual ties, possible grammatical commonalities in the very fabric that makes up the structure of PA may be strong indications of a genetic connection to its ancestor. Recent historical and linguistic evidence suggests that PA owes its origins to the West African Portuguese creoles. To further strengthen this evidence, this presentation will analyse key grammar elements such as function words, relators, verbal system and Time-Modality-Aspect markers, which are core elements and very strong indications of genetic ties, given their very low borrowability in contexts of relexification and formation of creoles. The analysis is done by means of comparing these PA core elements with those found in Papiá Kristang (PK), an Asian Portuguese Creole spoken mainly by only a few hundred persons in Malacca, Malaysia. It is consensus that PK is undoubtedly linguistically unrelated to Spanish. If there are similarities between PA and PK, then these can therefore not be attributed to Spanish. Although PK is used as tool of comparison, parallels with Spanish, Portuguese and other Spanish and Portuguese-based creoles will be made to establish a more comprehensive picture of possible linguistic ties between PA and Portuguese.

The evidence suggests that PA cannot be comprehensively analysed and understood if vital historical and linguistic links of this Caribbean creole to the Portuguese language are ignored.